Frig Free For All

So I log on one night and hear that I should fit an assault frig and get the hell over to Heild, and join in on the festivities of the frig thunderdome. Interested I get an invite to the frig thunderdome channel and ask the rules. Which are fairly simple.
Person with the most frig kills gets a prize
My CEO Maraner asks for a jag fit so I give him my dule shield extender brawl fit with good tank and moderate dps, while getting in my buffer / active tanked vengance. We head over together, and right before jumping into system we hear there is a Rupture and a Cain at the sun, and we should suspend all fights till they are dead. So Mar and I jump in and warp to the sun, helping take down the cain since the rupture was killed as we landed. As soon as the Cain dies people turn on themselves and start brawling it out again. I quickly helped kill a Caldari Navy Hookbill, then warping around in search of other prey, finding another brawl on P1, I jump on a rifter, squashing him easily. Then an Ishkur decides it wants a piece of me, and come barreling in, and while its dps is high its tank isn’t high enough and a wear him down and kill him. We then hear that the Cain and rupture are back in another cain and a tornado. So we all converge on them and kill them easily with a good 15-20 united frigs. The tornado was at range so I didn’t have time to whore on the mail before it died. We all went back to brawling at that point, and I kinda got ganged up on by a few people while trying to take down a punisher, and I died right before I would have killed him.  So I reship quickly into a Blaster harpy and warp back into the brawl.
At this point my Harpy acts like a wood chipper, killing any frig that comes into range, first a punisher, followed by a second, then a Vengeance, followed by a Fire Tail, then a Crusader, then a pair of rifters. Im having the time of my life even tho I know I could be ganged up on at any moment, the fast paced anyone could be your accidental ally or foe, frig combat was exhilarating. At this point we go out on a joint roam with everybody participating, and would do the second half of the brawl on our return. Sadly I had to go to bed at that point and only heard about the results and the winner. But take a look at this battle report to get an idea of the carnage.
Supposedly this is the second time the frig thunderdome has happened and I cant wait for the 3rd. 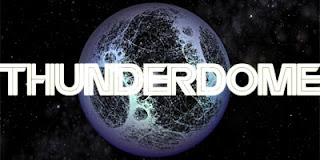 Posted by Heribeck at 8:55 AM No comments: 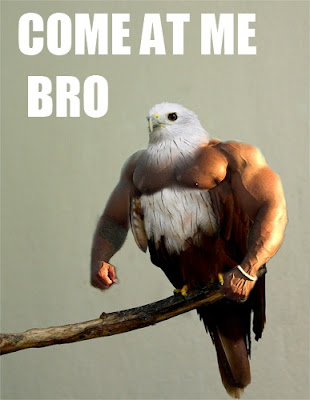 So I have some new neighbors down here in MH, They are a rag tag alliance know as “Ignore this”. I have been getting some good fights with them of late, mostly killing them while they are roaming around in 1-2s, but the best part is that I have only engaged them in 1-2s, not a blob or even a gang. My good friend Una has been enjoying the hell out of his dram of late, its still a good interceptor style frig for getting tackle and living long enough for backup. So we have snagged one of their drakes, a rupture, and later with the help of a local Thrasher, I killed their vagabond and Munin. They have brought a few gangs back out to ill me for my trespasses, but after some chatting we kinda hit it off and agreed since they plan to be staying awhile and they like shooting people I like to shoot, that if they form a fleet and im not busy ill join them and bolster their numbers.
So last night they invite me on one of their nano gangs where they where planning on fighting gangs of superior numbers, I was a tad skeptical since I haven’t seen to many people try and pull off these tactics of late, but I wanted to have some fun. We headed out to Etherium Reach and headed down toward some of the station systems. On the way down we killed a Cain and a Drake, then we showed up at our first stop and none of the 10 local inhabitants wanted to undock on us, so we headed deeper to a station system that had 30 local inhabitants, we warped around their station till they eventually formed up a shield BC gang of 25 people and we commenced using nano gang tactics to a effective degree and having a blast doing at the slower enemy struggled to kill a fleet 1/5 their size. We brought quite a few of their BCs down into low armor, but due to their size we where unable to get close enough to get tackle on without risking our tackle ships. We did kill two Nagas and a Tranis. And only lost a stabber fleet issue and a kitsune. But our FC tried a few to many times to get in a good spot to kill more of them giving them time to refit just to kill us, which they finally did when they refit all their drakes so they would go 2000+ ms, being able to keep up with us and eventually killing almost our entire fleet. Even so it was a blast and ill defiantly go out with them again. I also got a mail from one of the enemy saying they recognized my name from the Star-Siege Computer game, and that he also had a blast. And that’s what its all about.
This really was dyeing in style

Posted by Heribeck at 9:14 AM No comments: