A good fight on D-Sacn Sir! 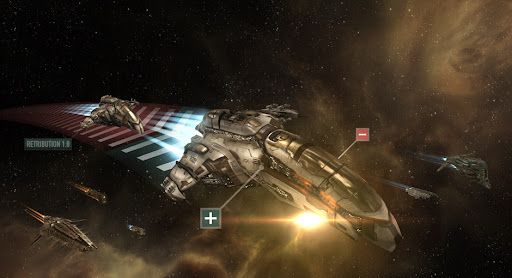 So yesterday my good friend Lijja Cuu, and I where hanging out on a well-traveled gate, in a Sebo'd SFI and a cyclone. Yes we where kinda gate camping but we weren’t out for ganks, it was just the two of us with no logi, or back up hoping to catch a few BCs passing trough and have a good fight with them. By not bringing a ton of scary DPS as well as us usually taking gate guns, even a solo BC could stand a chance of fighting back and at least killing me in my 70mil SFI lol. We got a few traveling BC kills to start out with, A faction fit Brutix, a Drake, and a Cain, All of whom could have fought back but didn't, they just died flailing around, even though all three where decently pvp fit and could have crushed one of us with the combination of gate fire on their side.

After a bit A three man BC gang consisting of a Drake, Prophecy, and a Cyclone landed on our gate right beside us, we decided to high tail it off gate because we didn’t have enough fire power to survive three BCs, and fighting them on gate while taking gate guns would further put a fight in their favor. So I quickly reshipped into a Cyclone to match Lijja's and we went back to the gate, but they weren’t there, we still had them on Dscan and quickly narrowed them down to a Customs office. Perfect! We could fight them away from the gate guns and would cut down on any passer bys butting in. We warp to the customs office at 0, loading inferno rage and deciding to try for the drake first. We land in the middle of their gang in eyebrow waggling distance, and begin to pound on each other. We primary the drake as planned but we relies alittle disheartened, even tho he had HAMs fit he was supper tanked and we ever so slowly chewed trough him as they chewed trough Lijja. He eventually went down and we quickly switched to the Cyclone, hopping our combined DPS could break his tank, but not only was his tank suburb, but Lijjas tank just gave out and he went down, leaving me to take on the two BCs by myself while he went to reship. I over heat my invul and watch in some interest as they ever so slowly nibble my shield buffer down, beginning to wonder if their HAM drake was the majority of their DPS. I keep focusing on the cyclone, hoping he was single XL-ASB fit and I can break him, but so far having no luck what so ever, I begin to bleed armor and activate my XL-ASB in single cycles, trying to hold out as long as I can for lijja to return. Lijja finally dose return, landing 20km off in his Talos, and he makes short work of whats left of the cyclones tank, and we together over power the Prophecy, with me in low armor, having used my last ASB charge as the prophecy went down. Over all it was an extremely close fight, with our side almost losing two Cyclones. If Lijja didn’t have another ship near by I likely would have lost my ship and they would have got two of theirs out, while not 100% fair, we did start the fight 1 BC down from them so him gettign another just evened it out haha.

They came back about an hour later in a Tornado, Incurses, and a Blackbird. We made short work of them this time, primariyng their black bird, which landed, first, then burnt out to their Nado and killed it too, the Incurses escaping.

Over all it was a mighty fine evening for small gang pvp.
Posted by Heribeck at 10:59 PM No comments:

In light of Retributions removal of static 1-2/10 plexs from low sec, frigate pvp in the MH area had dried up; so we took some excursions over to Mimatar FW to find frig fights. We found frig fights aplenty, of varying degrees of difficulty and numbers. Allot of the older FW pilots are more accustom to frig pvp which gives us much tougher frig fights than we are used to, not to say we haven’t had the skill to still win most of the time. Some of the frig gangs tho use 1-2 link ships and fights against them are usually more about killing a few before we all die since the speed, tank and tackle differences from links in fast frig fights make the linked side at a serious advantage. On the other hand there are also plenty of pvp noobs in the area who even if in well fit or T2 frigs cave in seconds, so the area has an over all nice balance. After a couple of weeks taking trips over there we decided to move over to Galente FW space since we felt like a change of scenery, but still wanted to fight FW people.
We picked a relatively centralized location in the Galente/Caldari war zone, which while making us close to both sides actually makes us far from both major hot spots that seam to be in the top and bottom corners. We also found that there is a much higher number of frig blobs or small groups of frigs flying around with links, and far less FW noobs trying to take sites. We believe this is because Galente have taken almost full control of the war zone and there are far less little skirmishes about because the Caldari side have been pushed back into high sec. Regardless we are up for the challenge of fighting the tough fights and looking for the good fights. So far we have been having a decent time, winning about 60-10% of our fights and efficiency, bad thing is that because we are sticking to almost pure T1 frigs and are willing to fight things much tougher than ourselves we tend to over extend ourselves and loose a few of us before our quarry goes down. We are meeting high results against the brawling gangs we have ran into, but we are having trouble fighting the kiter gangs, especially the Malus gangs which are now the fear of frig gangs. The problem with the kiter gangs is we have to fit for more speed and our fits become less optimal for fighting brawlers, which means we then run into a brawler gang while looking for kiters and we lose. Our other set back is that because of the winter holiday our numbers have been stiflingly low, people are starting to log back in, but we really don’t get more than 4-5 people in fleet, and we usually kitchen sink our fleet because we don’t all have a good number of different fit frigs here yet. We have a few frig fleet comps that should work well in the future so we hope to have more luck.
For those who don't know the reason FW is so good for frig fights is because of the FW plexs, there are multiple szes of plexs that each has a ship size limit on what can enter. Novice is none T2 frigs, small is Dessys and frigs, and so on. So what a frig gang can do is run into one of these plexs and only the ship class they want to fight can come in after them. Many times we have landed on a cruiser and frig gang camping a small plex, gone into the plex and only the gangs frigs could follow, upon relising they fucked up and their cruiser buddy’s where left behind they usually die quite fast. The other reason is because FW is a really good way for noobs to get into pvp, and since they are noobs they will likely be flying around in mostly frigs. While this was more previlanrt over in mimatar FW soace these guys are fun to hunt solo in groups of 1-3.

Posted by Heribeck at 9:39 AM No comments: