Our POSs brings all the boys to the yard! Part-1 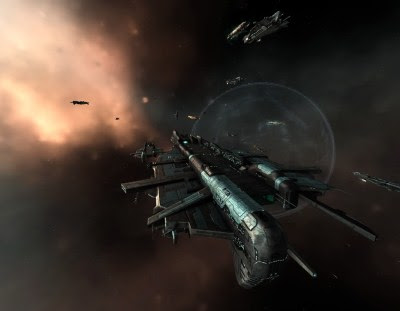 So to start this off, ill give a recap of the events that lead up to the fleet engagement last night. Being a pirate alliance and living in low sec, we find that some of our best fights come from antagonizing anti-pirates. We have gotten many a good fight out of them in the past and that’s what our alliance head was hoping for when he declared war on a few of the anti-pirate alliances in our area. This disappointingly lead to mostly POS bashes, and only a few fights, but we were hoping that their complaining would reach the ears of our old foes, EM, and it seams after a few weeks it finally did. Two days ago a anti-pirate fleet numbering around 70+ came through our region incaping 2 of our towers and what looks like a line of local PoCos. Our POS in Heg was going to be the first to come out of reinforced, right at the beginning of our prime time and the end of theirs so we knew their was a large chance of us getting the good fight we had been hoping for over that POS.
Fast forward to last night, a lot of us where on early getting everything squared away for the fight. Even though we haven’t been on great terms with Gunpoint we invited them to join us to give us a little more muscle and we knew they liked killing anti-pirates way more than they liked killing us. The Anti-pirate gang had been seen on two occasions flying mostly a Tr3 BC gang with lots of logi. So DeePee suggested we fit our fleet comp mainly around mid range armor BSs that could reach out to about 60k with two triage carriers for support. We were all formed up and waiting to see if the Anti-pirates would show. We had got reports of some of them moving around but it took awhile before we got a fix on their main fleet that was finally headed our way. Their fleet consisted of mostly Sniper BSs and BCs with logi, a good 1/3 of their fleet was Maelstroms. When they reached heg, they came in and dicked around for a few minuets, likely sorting out their strategy before finally warping to our POS. One of our cloaky scouts sitting off the POS moved toward them and we all undocked, warping to the alt when it was about 10k away from the enemy fleet.
When we landed on their fleet we immediately engaged one of their Maelstroms, and they returned in kind on one of our Abaddons. Our triage carriers where not set up yet so we ended up losing 2-3 BSs before we could get proper reps on, unfortunately one of those was a 2 bil Macharial. Once our reps where in full effect the fight was very fast paced and exhilarating, they where having trouble breaking our reps and their logis where doing decent but DeePee who was FCing at the time was switching targets regularly if the target was pulling shields back. The fight was going in our favor when they cynoed in a carrier and a dread, with us quickly killing the cyno broadsword while it was vulnerable. We switched primary at this point over to the Thanitos, because the enemy sup cap fleet had pulled past our 60k range for the most part and it was vulnerable without more capital rep support. The Thanitos was holding in about 10% armor for a while against us when suddenly a cyno went up and a NC. Capital fleet bridged in, primaring the Thanitos, then the Anti-pirates one dread, then unfortunately switching over to our triage carriers, killing one and bringing our second one to 8% structure before it slid into our POS shields. In light of this the anti-pirates sub cap fleet warped out and ours quickly ran into the POS shield till NC. Left. We sat there for a bit, catching our breath and thanking the gods for our lucky carrier escape, even though we where a bit miffed that NC. Had come in and ruined what looked liked our inevitable victory.
Over all it was one of the best fights in my eve life. Two closely matched fleets fighting it out, much fast paced target calling you could think of little else, and the anti-pirates had only brought 2 scorpions in for E-war so I only got jammed once in the fight. Even though the fight was cut alittle short, I doubt it would have lasted much longer after we killed the thanitos. We did hear that the anti-pirates may have had another 14 dreads on standby, but they where either testing the waters with the one dread for a hot drop or someone fucked up the plan and only one got through. Our side won the isk war and kill war by a good margin, though us loosing a carrier and a 2 bil Mach didn’t help, but I lived and we held the field and reped our POS back up.
Battle Summary 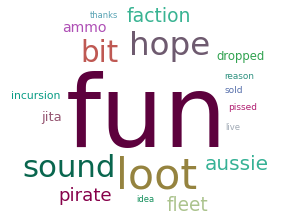 Interestingly enough we got another epic fight just an hour after this one ended, which I will cover in Part 2 of this blog later today.
Posted by Heribeck at 2:48 PM