There are times when you jump into a gate camp and you get that sinking feeling when you know your going to die, but being outclassed in that sense is more in the, you just got blobed or raped moment. Out classed in a more conventional sense is when two fleets land and you have a feeling that you can win this, even if it will be hard, then part way trough you realise your not going to win, not because they have more number, but they just have superior tactics, links, ships, and fits, your just simply outclassed.

Well Last night  we went out on a roam in a standard mix of shield BCs, packing a few more cyclones than normal because we decided to forgo a logi. We make our way slowly up past Bosena and then down toward Skarkon, chilling on the Skarkon gate in Enner, waiting to see if our scout could find anyone, when we got a report that a Zealot was jumping into us. We attempted to catch it on the Enner side but he was shield nano fit and made it back to gate in an instant, the other half our gang trying on the other side but he burned out of point range too quickly. So we warp our fleet to the planet he had headed too, not finding him there, so we wait a moment to cool off our GCCs and get everyone together. Suddenly a stiletto lands near us, moving in and orbiting us, none of us really able to hit him, tho we wernt that concerned till the Zealot lands 30k from us. We started burning toward the Zealot but it had already started to burn away, moments later a Tr3 BC group lands near the Zealot and the fight was on. Unfortunately the stiletto kept switching its scrams between our ships, which while not stopping us long, had us seriously slowed down. The Tr3 obviously had loki links because they where far quicker and longer point range than normal and they where destroying us quickly with their high Dps. I was able to get a scram on a Tornado for a second, and while it didn't hold him long it slowed him enough for us to kill him even tho he got out of scram range. I went down shortly after that and a few of our remaining ships warped out, us all going back to Heg to lick our wounds. 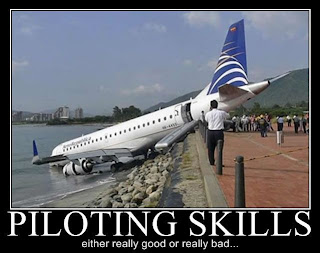 We all quickly switched into heavy missiles drakes and a logi, and a token nano tempest to go back to Skarkon and give them what for. but by the time we got back they where long gone. With a shrug we continue our roam trough Metropolis, into the forge and out to Akora, where we ran into a pirate red flashy BC gang, jumping trough a gate into us, we where able to snag one slow armor cain, bringing it down. When a  Gypsy band Tengu gang with a cynable, curse, link loki and a cynable land on the gate with us, we try to give them a fight but they where able to just stay at range and where taking little to no damage. While they where unable to really keep us held down they did manage to kill one of us while we de-agroed and jumped trough the gate. We then had a running fight trough five systems trying to get away from them. but their thick tanks, fast ships and good fast tackle locks kept us from making much progress in getting away. they finally where able to newt out one of our drakes off a gate and kill him, agressing them Long enough for the fleet to finally get away. Our FC was extremely distort over this running fight because we where unable to fight them but he didn't want to leave anyone behind to get the fleet get away, even tho it ended up happening regardless. We where simply out classed for a second time, but at least we didn't lose the entire fleet.

Once again we drag out feet back to Hegfunden and decide to set up a camp and send a few scouts our around MH to look for targets. After awhile we get a report of an Ivy leage gang headed tward hield from egbringer caught our attention. we where in mostly Shield BCs but with 2 armor BS tossed in, and me in a logi to keep the shield BCs alive under gate guns. Maraner jumps into the Ivy gang and GCCs on them, getting all their agro and the rest of us jump in. Ivy had 1 drake, 2 cruisers, and a bunch of dessys and frigs, with plenty of ewar. Their Ewar was called primary and I put reps on our domi immediately because he was taking damage fast. unfortunately i was a shield logi repping a armor BS, with 15 people on him and gate guns, so my reps where only delaying the inevitable. Our only hope was to take them off the field to save the domi. it was a long fight with Maraner cursing at me in all manner of fasions, me over heating my reps on him till they where almost burnt out. tossing a rep or two at our Orical in gang, when it got to low shields at one point. Finally we killed the last of them and Maraner was saved in 10% structure. We went home after looting, feeling a bit better about the night.

Yeah killing eve uni is like kicking puppys, but we have always enjoyed killing them, nad it doesn't stop them from coming back for more. Tho if you have some time you should check out the comments on their kill board. they are sooo full of lies and crap, half the comments never happened, and are just there to make their losses or kills sound more impressive. here ill quote one from last nights battle.


LSC formed an introduction fleet from Aldrat. I donated my Drake to the class. We attempted to tackle a fleet in Heild, almost broke the BS tank before my tank finally gave in. I was the largest ship in fleet, in a Drake BC, newb pilots from Aldrat. We had this BS into 10% structure and he had ECM and 3x Logi keeping him up. I was laughing the entire time. Great job guys.

Yeah.... we had one logi, me, and I was only slowing the damage defiantly not saving him. and we had absolutely no ECM. tho I'm glad he had fun. Oh and while i got on 1-2 kills, being the logi meant I was to busy trying to stayed de-agroed and watching peoples health bars to whore on to many.