So a few months back when the price increase was in full bloom, and fleets in eve where moving more and more away from armor fleets, our long 4 hour roams started switching to mainly just Cains and drakes, with a few slightly more expensive ships like Cynables and Slepnirs tossed in. This was all and good because we had enough dps to kill most things, But with more and more people using the New Tr3 Battlecruisers, more people having loki links every damn where, and the lack of hard tackle on shield BCs, we where having more trouble catching targets then killing them. I have suggested equipping half our BCs with light webbing drones, while it wont slow someone down a ton, they are fast, go out to 50k, and are not usually expected till they slow them enough for us to get some newts and scrams on. We haven’t implemented this ploy yet, but instead, of late a few others and I have been flying more tackle-orientated ships, me personally having a Lachesus and a Huggin at my disposal.
So Last night we formed a fleet up, I brought my Huginn, we also had two interceptors, a light dicter, aswell as a Cynable for fast tackle. Still would have been nice to have to have a Lach or a Curse with us, but it was a bit more tackle than we normally have, not to mention we had a Slepnir with a interdiction warfare link in, so our tackle range was extended. So the FC plotted a rout in and out trough low sec and 0.0 and we started speeding down the pipe. Not seeing much of anyone till we pop out of Etherium reach and catch a terrible fit Cain on a gate in low sec. We then start burning up the pipe to BWF-ZZ sending a few tacklers in who spotted a Vaga 200k off gate, they shook their sexy squishy asses at the Vaga and got him t warp down to the gate and engage, Sug in a Cain able to apply newts to make sure it wasn’t getting away as the rest of the fleet jumped in and killed it. We then bounced around system trying to see if any of the inhabitants where active or we could catch any of their traffic. While sitting on a gate we had a tengu warp in at 150 and slowly start burning toward us, when it got to about 70k the FC sent our interceptors up to tackle it, also sending me up with m webs that could reach out to 60k. We where able to capture him and kill him with relative ease. (why he thought burning in to play with us was a good idea, who knows) The interceptors got most the credit, but I think my Huginn was the real star of catching him since he was 100mn afterburner fit and no scram was going to stop him from burning off our fleet for ever.
Wee then turn around and head back into low sec over to Messoya, where we had a Drake and a Myrm jump into us, and once again the huggin stopped them both from getting back to the gate by cycling my webs between them. We had a 2nd drake jump into us but he had a cloak fit and was able to pull off the cloak aline trick and get away. While we where waiting off our GCC our interceptor pilot who didn’t go GCC stayed on the gate when the cloaky drake came back, our interceptor jumping with it into the next system, and since the drake was a -5 pilot he was able to get a point on him before he could cloak, holding him for us to jump in and kill him. We then roamed down to the BRT entrance of great wildlands and down and toward 7Q-BZ, but not seeing anything till we got into 7Q- where we found a Slepnir and T3 cruiser gang sitting on the Khabi gate. We tried to engage them, but they ran from us and we lost them when they jumped into high sec where we couldn’t follow. At this point we decide to head home when we have an armor kitchen sink gang land on us in Aedald, in a Navy Geddon, Mega, Naga, Myrm, Ashimu, Curse, and a Onerious. They where able to get us split on a gate when we killed their Naga, the rest jumping trough and the ones in our fleet not aggressed jumped trough and where able to snag their Myrm and the Navy Geddon. We gave chase after the rest of the fleet but they where able to dock up and slip away after we lost interest in them.
Moral of the story is, adequate tackle gets you more kills than all the dps in the world (unless your in a alpha nado fleet lol) 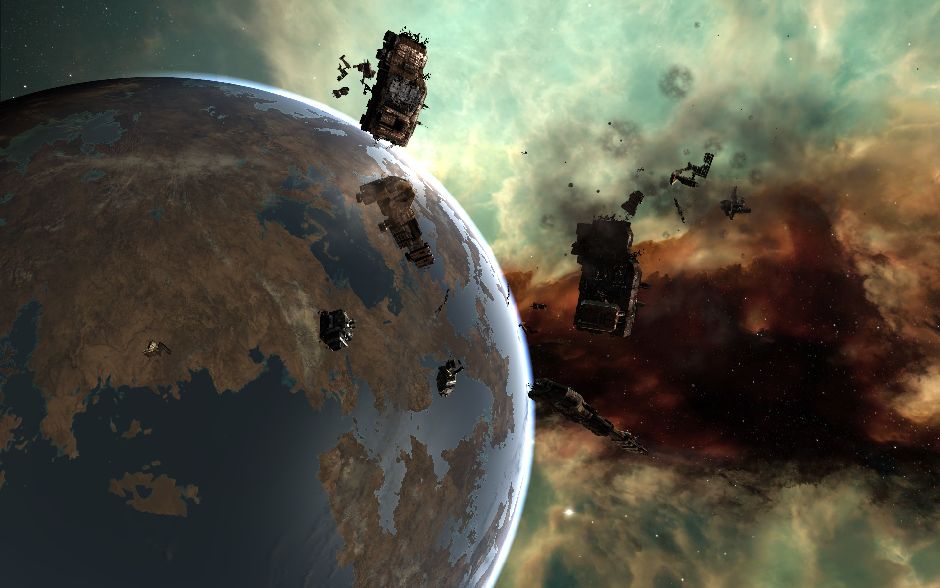