Well I figure since I just started this I best get in the habit of updating it no matter how boring the pvp day was haha. 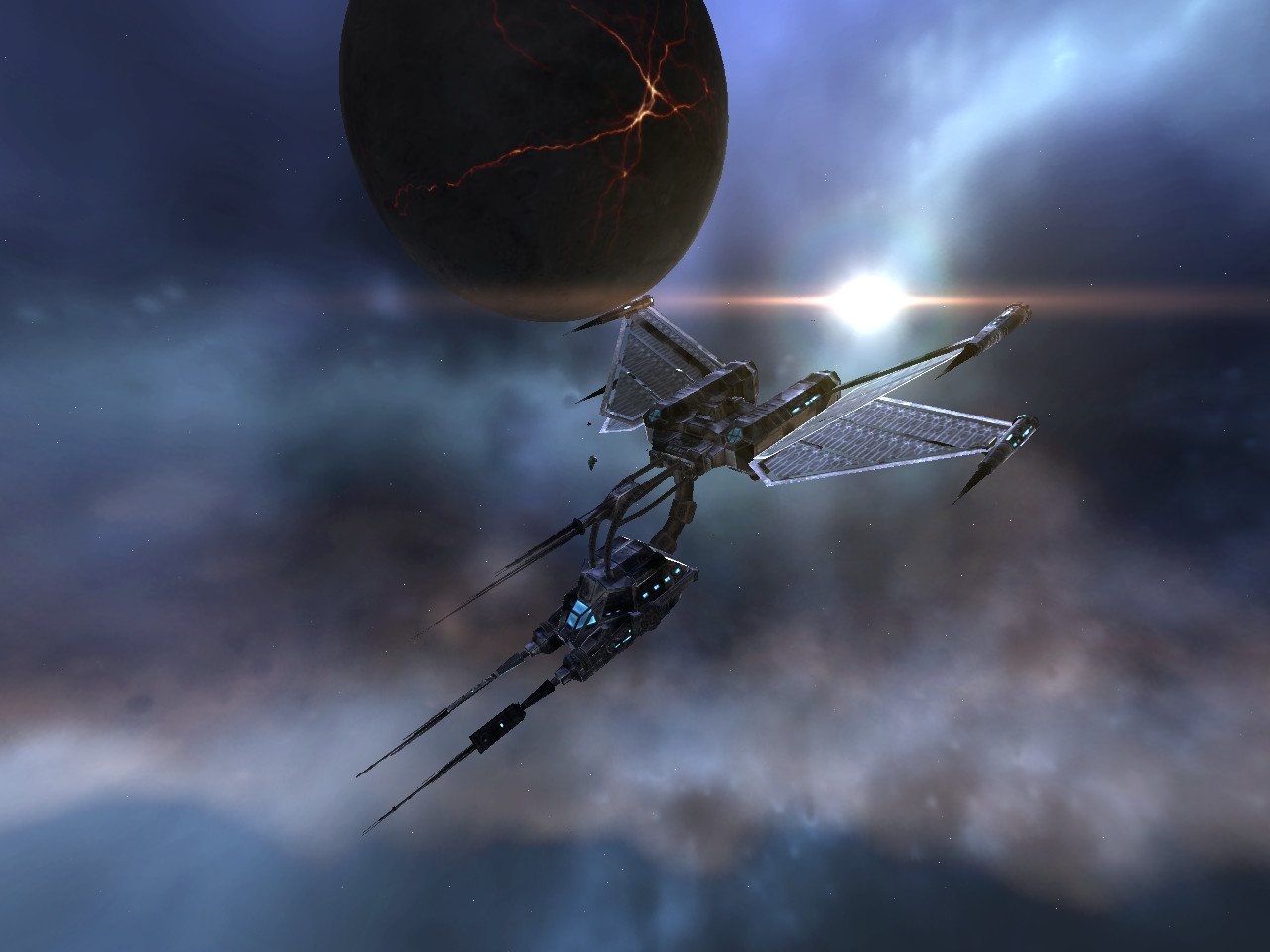 Yesterdays pvp fun of the day started out with Me and my friend Nathan C Fillion and I going and placing a stop bubble in a 0.0 system near by. The area is usually hot and cold which is fairly good since you can avoid the hotter and dangerous fleets and hope something small comes by when its cold. The day started rather un eventful with almost no traffic coming trough but stealth bomber (Damn you stealth bombers to hell!) and a ways into our ship fishing trip a nice big gang of 25 came trough, a bunch of BCs and HACs, and a few logis mixed in, well they landed right in our bubble (we had run off to a tactical safe as to not die of course) but I don’t think they appreciated being stopped 70k from the gate so the destroyed by bubble post haste. 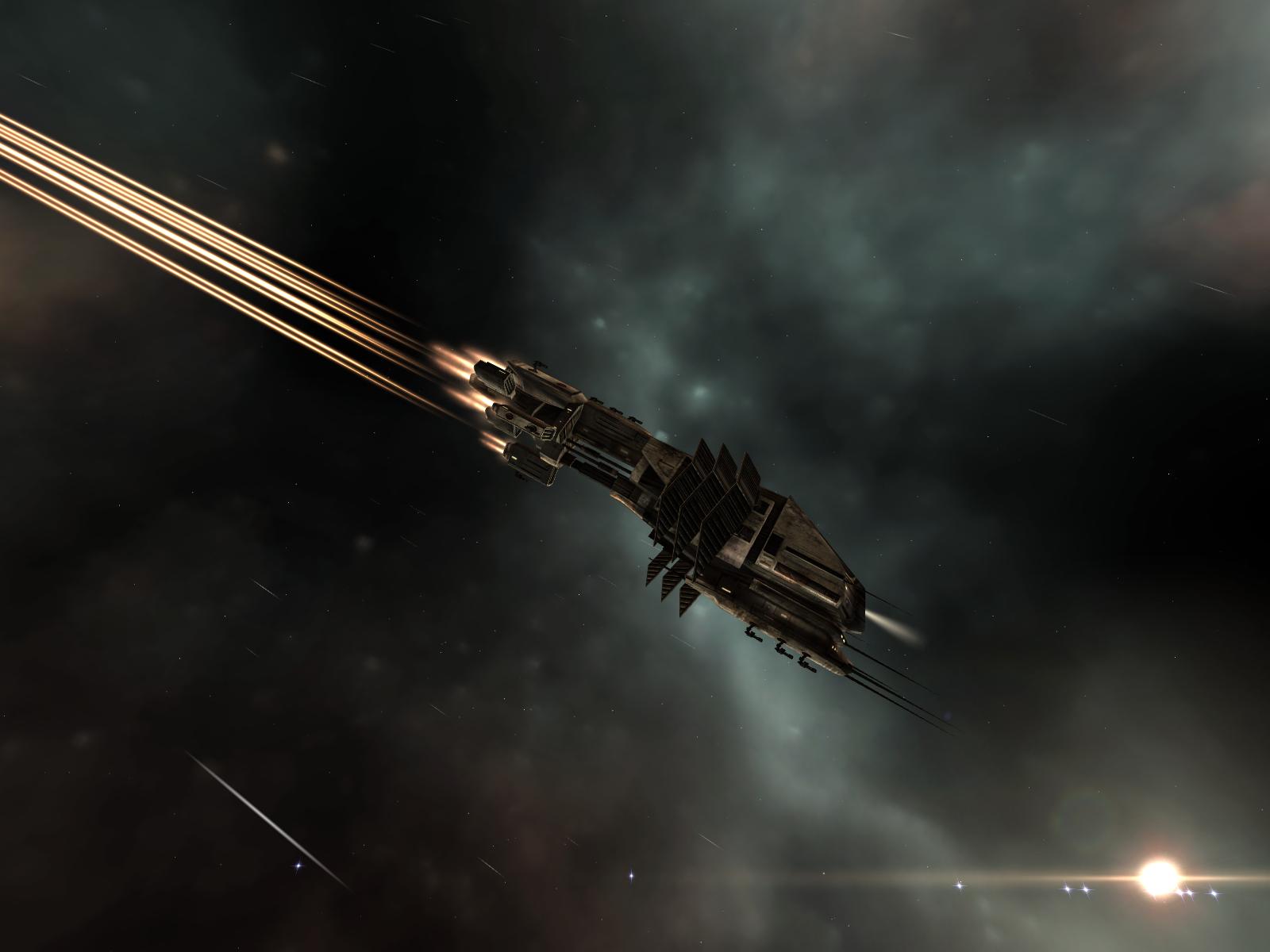 After that I went and got another bubble and we moved a few systems farther down the pipe. It still quiet for awhile till a Stiletto pilot came in, bounced to a planet and landed on the gate next to our bubble. I was cloaked above the bubble and Nathan was in a thrasher on the bubble, the stiletto actually burned toward Nathan and engaged him. Nathan is by far not a old or experienced player yet but no frig should fuck with a thrasher if its short range fit, which this Stiletto was, Nathan fucked his world up pretty good, and I decloaked and aggressed just to whore on the mail, not that Nathan needed the assistance.
After that a Stealth Bomber came in and started making repeated bombing runs on Nathan in his thrasher for the next hour, which was annoying yet almost funny since he wasn’t even hurting Nathan. Well eventually an alliance mate of the bomber comes in with a Griffin, lands in our bubble and try’s to jam and kill Nathan, Hilariously enough Nathan just two shots him just as the Stealth bomber decloacks and starts torpedoing Nathan not doing much damage still, Nathan gives chase and I try to aggress the bomber aswell but it gets away. Shortly after another 20 man gang comes by and pops our bubble again so we take a few hour break.

Later on by this time My corp mates are starting to log on and get restless so we all go back down to 0.0 and set up a proper gate camp with all the fixings, was a very nice and proper gate camp, shame nothing really came trough except a few small frigs which we toasted, 2 Dramials and 2 Teranises which all got trough the camp, A Dragoons Fleet came our way and it was actually looking like we might get a good fair fight on our hands, they had a few HACs, AFs and Crusers, but they sent a Ruppy into our camp as a scout and he ended up extra crispy, so the dragoons fleet turn tail and ran like the cowards they are. (Dragoons are a old enemy of ours that we hate to death for their cowardice) So the fleet dceides to go on a short low sec roam and on our way around the low sec loop in our area, when a Tempest lands on gate with us, it jumps trough and we jump after it and engaged, he actually engaged back which sealed any chance it had of getting back to gate, it died fast, was kind of noob fit, tho the two large smart bombs killed all our drones. Then a few Systems on Havalock sees a drake 100k from gate and takes his fleet issue stabber and goes for a hero tackle, snagging the drake though he is now taking a beating as we all jump in and burn toward him as fast as we can, thankfully we had logis which got in range and repped Havalock right before he would have lost his shields, we then proceeded to teach the drake to not sit off gates and not run when one of our ships burns for him. After than we roamed back home and didn’t see a soul out so fleet was called and most of us logged. Fail Tempest Kill
I did get almost top damage dealer on both the drake and Tempest and I got both kill mails so I was fairly satisfied.
Posted by Heribeck at 10:09 AM