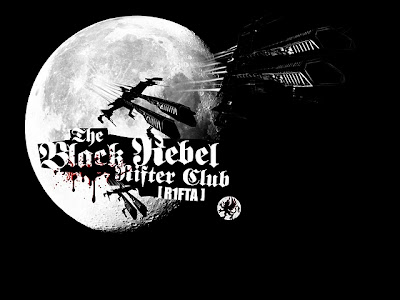 Ok so I recently joined the corp Black Rebel Rifter Club, I watch a member of their corps blog, and had a few other people I know say they where an outstanding group. My low sec bone had been itching for a while now, and I figured this would be a great opportunity to go try out a new style of pvp. R1fta specializes in frigate combat and goes out on mainly frigate roams, and the occasional cruiser roam, maybe upshipping to BCs if there is a tasty target within a few jumps of their home system. I have engaged in piracy and low sec battles many times in the past; I also have flown frigates many times in the past, but mainly as heavy tacklers for a bigger fleet or as an insta lock for gate camps. I have never been the best at solo frigate pvp or frigate roams so I take this as a great learning experience in my eve life. Also from what I know R1fta is still recruiting and they have really made me feel at home so if you’re interested in frigate low sec pvp, look us up.
So for my stay in R1fta I have set up a challenge of sorts. Since this is dying in style, and it should give me plenty to write about, I have bought 4 of a number of ships, and i will be keeping track of each one of those ships deaths and kills on my blog. I will also not be flying any other ships than those ships if I can help it. Each of each type of ship is fit differently, some majorly, some not.
A list of each ship i bought for this challenge.
Rifters
9 of Diamonds
9 of Hearts
9 of Clubs
9 of Spades
Claws
10 of Diamonds
10 of Hearts
10 of Clubs
10 of Spades
Jaguars
Jack of Spades
Jack of Diamonds
Jack of Hearts
Jack of Clubs
Wolfs
Queen of Clubs
Queen of Spades
Queen of Diamonds
Queen of Hearts
Firetails
King of Hearts
King of Clubs
King of Spades
King of Diamonds
Ruptures
Ace of Hearts
Ace of Clubs
Ace of Spades
Ace of Diamonds
Hurricane
Royal Flush

So far the score stands at 0 losses and 2 kills. I killed a Taranis and a Thrasher in my Wolf (Queen of Spades) yesterday while in a R1fta frigate roam.


I will be explaining my deaths, the reasoning behind my fits, and my kills in coming blogs.